It has been a busy month and as a result we haven’t gotten a report out. We are so excited to share with you the things that have been happening in Kisongo. First, the new Kisongo church building is almost complete. This week they are working on the windows, doors, and plastering the inside. This is an answered prayer and we are so grateful to Huntington church of Christ and Central church of Christ as well as our incredible supporters who have helped make this happen.

The Central church of Christ came and spent two weeks here working with the Kisongo church. We are grateful to them for choosing to work with the church and putting in the time and effort to plan with them. Many great things have been said about Central by the Tanzanians and I want to share those words and why they are important.

When Central started planning their trip months ago they simply asked the Kisongo church what was needed and for the church to set a schedule. Kisongo  did and they asked for half-days of evangelism, follow-ups with those who have fallen away, a marriage seminar, and a youth day. The church also wanted to try and work on teaching more of the Kisongo church members to do Bible studies. Central was more than willing to do these things and spent four months communicating daily to try and be effective. They added a lesson in their evangelism on the church and what it looks like before they teach salvation because the church asked them to. We had Jeremy Hinote, a licensed professional counselor, preparing for the marriage seminar. He bought MANY books on African culture and had Justin interview men from many different tribes in our area to put together his lessons. Phillip Duncan and Roderick who work with the Kisongo youth put together lessons the Kisongo youth needed and then set out to invite the community. For their two week trip there was months of preparation to make it the best it could be and the results were tremendous.

First, the evangelism changed a lot with the church lesson. Instead of 30 baptisms (like last year) there were 8. Why? Because people understood the weight of their decision and the change that would have to happen and many chose not to obey the Gospel. But, the 8 that did even showed up to Thursday night Bible study and we cannot even begin to tell you how incredible that is. The goal is discipleship and this was the beginning. Also, since Central left two more of the people they studied with continued to study and chose to put on the Lord in baptism. To God be the glory.

Second, because of the time they dedicated going to those who have fallen away 30 (yes!) of those unfaithful came to church Sunday morning. We, the church at Kisongo, are continuing to follow-up with them. But everyone was amazed Sunday morning when all of the “back sliders”, as the Tanzanians call them, came to worship for the first time in months.

Third, Jeremy Hinote conducted a marriage seminar and all of his cultural background reading and interviews paid off. Some of the comments we received were, “All of Tanzania should hear these lessons”, “We wished he was doing morning to night seminars (they were two hours every afternoon)”, “He is not African but he knows us and reached us”. This last comment was huge. This is why we do what we do and help the Americans. Often times people come and the lessons are too “American” they apply to our culture and not the culture here. To give an example, many times when teaching on marriage Americans talk about “dating your wife” and that is just not something that they do and the lessons don’t mean much to them. We hope in the future we can do more to use Jeremy and his talents to help the churches here.

Fourth, the time and effort put into the youth day paid off! For the morning lessons we had more than 70 kids in attendance! By the afternoon soccer game there was more than 100 people at the soccer field. We are grateful to Phillip, Roderick, Shadrack, and Central’s Sam Welsh for all their time.

Last, the spiritual growth of the Kisongo members over the last month has been tremendous.  Before campaigns Bekah Duncan did an evangelism course with all of the women at Kisongo. New translators were trained and used from the Kisongo church and as a result our church was able to reach the people in their own backyard. Both Bekah and Anna have had women in tears they were so happy to be taught to do their own evangelism lessons. One of Anna’s friends at the Kisongo church said, “Now I can teach my mother and my family members who aren’t Christians. You have helped me know what to say.” It took more than just teaching them in class but having the opportunity to go with other people and hear lessons and this campaign opened the doors for the Kisongo church members to do just that.

We are so grateful to the Central church of Christ for choosing to work with the Kisongo church of Christ and for the long hours and days of preparation that went into this campaign. May God bless you all for your efforts. 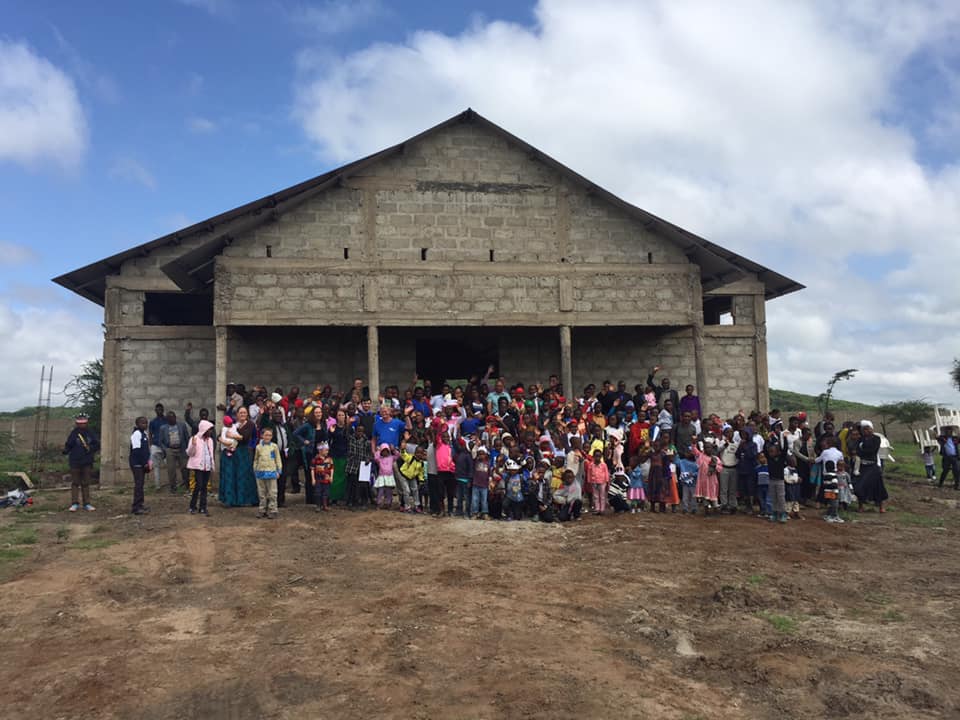