I wrote this report Monday (4/29) trying to be on top of things and have this sent out on time. The irony of that is that in the middle of the night a huge storm came and changed many of the things I was reporting about. As you all know it has not been raining and as a result our corn crop has died. What you may not know is that a cyclone hit Mozambique and with it we knew storms could be headed our way. We were excited at the prospect of getting some rain. Over the weekend we got a few showers but they didn’t even leave mud puddles. Then, last night, a huge storm came that poured heavy amounts of rain on us all night (yes continuous for many many hours). From the wind and deafening sound of it we knew a flooding was the potential outcome.

In my initial report yesterday I was reporting the success of starting back up the broiler project. It was going really well. As of this morning all of our 1 week chicks drowned. I must point out the positive – our four week almost ready to slaughter chicks survived, our three week chicks survived, and our newest tiny grow-outs have so far survived.

Now, as you know we dug trenches and culverts last year to try and prevent this from happening again. However, last night was unlike anything we have had before. With that said, last year it took more than four hours for the water to recede even a foot and that was with us using a pump to pump out water. This year, the culverts and ditches did their job and the water has been constantly receding.

The biggest hit was to our layers. We lost all but a few of our layers and the few that remained were in bad shape and we slaughtered for meat for the school. We are very disappointed in the loss of the layers but we were four months shy of growing out new ones. Now, usually we sell off half and start with small ones and then do the same to the other half. Because of them dying clearly we won’t be able to this and so we will be taking a substantial hit.

A few questions you may be asking: 1) Was this the cyclone or the start of a very late rainy season? We aren’t sure. Due to the thunder and intense wind we are leaning on cyclone. But, if the rainy season is starting .. should we replant? Again, we aren’t sure.

2) How can you prevent this from happening again? Well, we thought we had already done that but a piece of metal blocked where the water was to exit near the chicken house and it led to part of the above series of unfortunate events. BUT it only took our ditches a few hours to drain what last year took two days. This is a huge positive and we now know we need at least two more culverts in the big road in order to help prevent this again. The one was not enough for the amount of water causing the water to break the road again and pour water into our chicken area.

Anna continues to do all of her weekly Bible classes and add more where she can. Last week Agustine’s daughters, Prisca and Vivian, were home from boarding school (at 13 most children here go to boarding school) and it gave them the opportunity to translate for Anna. Any time they are available she tries to use them to increase their bible knowledge and use their English skills. One of their studies was a lady who had fallen away and we were so happy to see her this Sunday. We pray that they were able to encourage her and that she is renewed in her faith.

I will be finishing up my course at ACSOP on Christian Evidences soon and starting the book of Acts.

Anna is teaching the women’s class at Kisongo as this next month will possibly be her last opportunity before we move. In just a few short weeks campaigns will be begin and the summer will be filled with visiting teachers.

Keep the upcoming campaigns in your prayers as we all prepare for them. Pray that God is glorified, the church is strengthened, and souls are reached.

There are exciting things just around the corner here and we cannot wait to share them with all of you in our future reports. 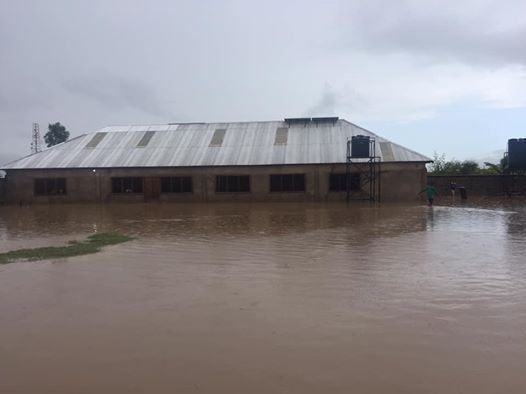